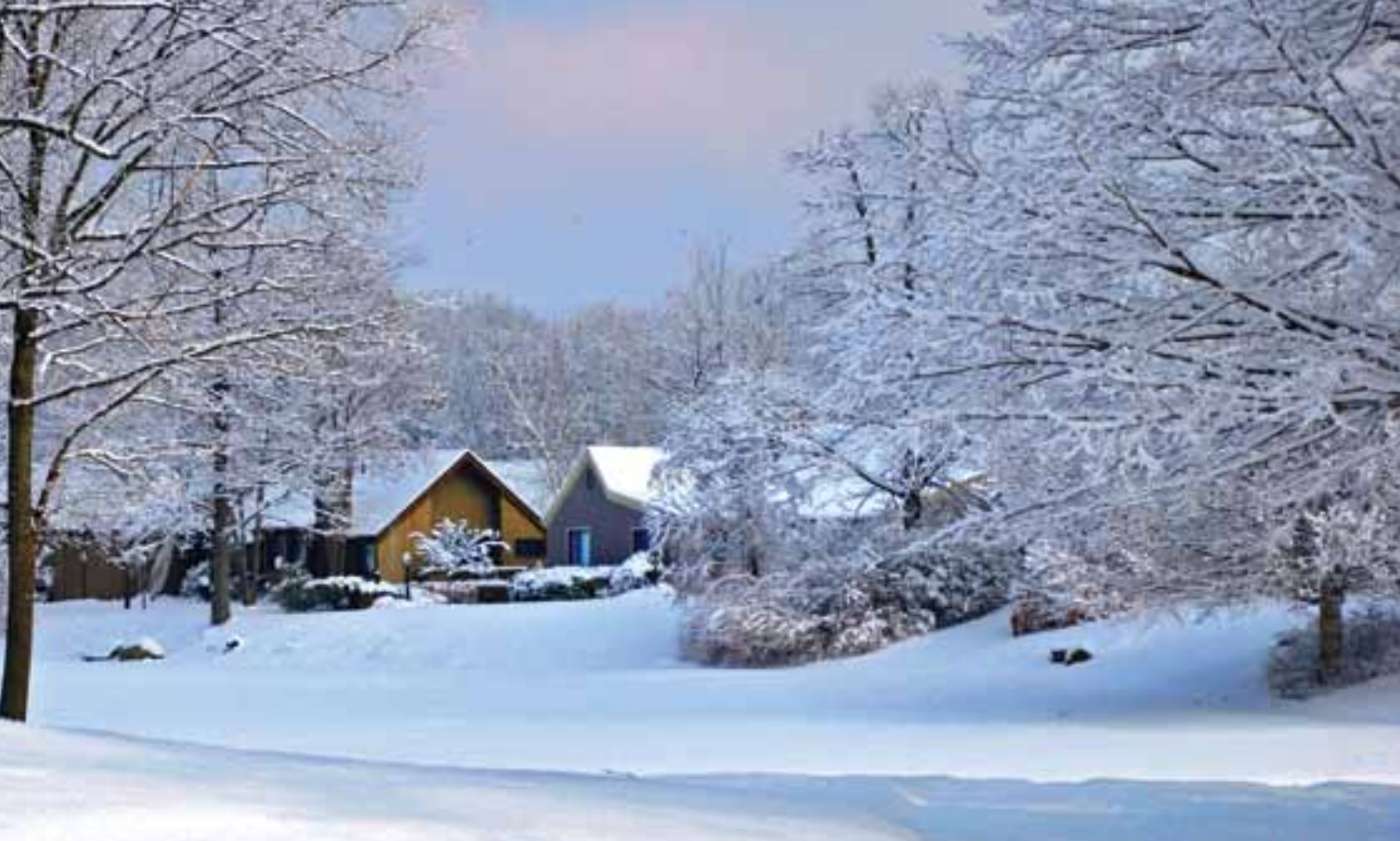 When residents began moving into Oronoque Village in 1971, most of the 304-acre development was still on a drawing board.  The concept was to combine the comforts of town with the convenience of country-club living.  It was a $60-million dollar project.  How did it begin?

The Oronoque area had begun changing from apple orchards and farms to suburban dwellings during the preceding twenty years.  The new Sikorsky plant on 110 was built in 1955 and residential homes were appearing on Prayer Spring Road and Peace Acre Lane.  In the late Sixties, Oronoque Hills, a corporate partnership headed by Bridgeport native Chris Bargas, began assembling acreage that would become the condominium development.  Some of the land had originally belonged to families that shaped the growth of the area since 1685.

Bargas and his partners adopted the new “cluster concept” -- “better living on less land.”  Cluster houses, built on smaller lots than conventional housing, mean that more land can be turned into common open space.  Bargas  engaged the San Francisco architectural firm of Walz & McLeod to design the development, with the Stratford firm of Antinozzi Associates acting as local consulting architects.  The developers and the architects agreed on a basic style that would mix the New England salt box, the Swiss chalet and San Francisco modern -- with gable roofs of various pitches and siding stained in a half dozen or more hues.

About 130 acres were given over to an 18-hole championship golf course which would encircle the Village.  It’s slopes, hollows and still-water hazards throughout a 6,850-yard course were designed by the renowned golf-course architect Desmond Muirhead of Newport Beach, California.  The famed golfer Gene Sarazen, a Connecticut native, served as the consultant.

Preliminary plans were filed with the Stratford Planning Commission in December, 1969, and approved a month later.  Oronoque Hills began doing business in the “round house” at the corner of Surrey Lane, which was built by Bargas as the development office.  The construction of the golf course began in March, 1971.  The first models and condominiums on Algonquin Lane started in June, 1970 and were ready for inspection in November of that year.

From the early planning stages, the Village was designed for environmental conservation.  The four-acre lake that now forms an integral part of the back nine was once a swamp.  Several minor branches of the streams which criss-cross the property were diverted into mainstream channels to make the best use of the land.  Utilities were placed underground and original trees preserved as much as possible.  Oak, maple, beech, hemlock, tulip and dogwood trees were saved.

In time, two community buildings, three swimming pools and five all-weather tennis courts were added to the development.  But the central theme of Oronoque Village remains natural beauty.  The surroundings of rolling hillocks, wooded glens, tranquil ponds and towering trees still provide a haven for wildlife.  A quiet walk on a summer’s evening will discover busy chipmunks, a family of cottontails foraging on clover, gray squirrels everywhere.  Overhead there is a chorus of tree toads and the mimicry of mockingbirds or the song of cardinals.  Ponds have their own life -- the steady harrumph of the bullfrog and the graceful landings of mallards, wood ducks and Canada geese.  From time to time, one catches a glimpse of deer, a passing red fox or a flock of wild turkeys making their way around the periphery of Oronoque Village.

There is an elite group of residents who are eligible for membership in the unofficial Charter Club of Oronoque Village. They are the original owners who still reside here.  In conjunction with the 40th  anniversary, the Villager is presenting some memories of the early days of Village life.

The year is 1974, and Marge Boutilier has just learned that after nineteen years in Manhattan, she must relocate to the wilds of Connecticut if she is to retain her position of Associate Corporate Secretary for G.E.  After searching the area, she decided to live in Oronoque.  The unit she chose, 578A North Trail, was under construction, not ready for occupancy. As Marge had no need for a car in the city, she took the train to Stratford on Sunday night, stayed with a friend, and then went back to Manhattan.  Finally, in August of 1974, she moved into her new home.  “For the first two weeks I camped out. I had no refrigerator, slept on a sofa bed, and ate at a card table.” One of the funniest things that Marge remembers is that one of the workmen asked her why she was moving to Menopause Hill! Another memory Marge shared was that there was no construction beyond Arapaho Lane, although the road was built to the North Community Building site.  Across the street were woods where the contractor stored trees and shrubs that were to be planted.  When they began to disappear, he had to hire security guards at night. Thanks for the memories, Marge.

Pauline Piazza, Hammerstone Lane, was a widow when she moved to Oronoque in 1974.  She quickly became involved in the social activities that were held in the Community Buildings.  She said there was some events every weekend and that she would help distribute the invitations to residents.  One of her fondest memories is of a holiday formal dinner dance where the men were in tuxedos, and the women wore long gowns. “It was beautiful!”   Pauline just celebrated her 97th  birthday and has never regretted her decision to move to Oronoque.  “I love it here.”

It was not a long journey from Esther Wojtul’s parents’ home in Stratford to Oronoque.  The first time she drove into the Village she knew that this was where she wanted to live.  Her unit on North Trail had just recently been completed and was ready for occupancy.  She says the common charges were $71.00 a month and went to Chris Bargas.  At that time, landscaping was not provided, and she bought shrubs and plants for her unit. Esther remembers the early days in District 10 as being “special.” Because her district surrounds the NCB, many residents became involved in the various activities and felt they helped the Executive Manager.  Esther volunteered in the office as a typist for flyers and the bulletin.  She has a commendation from OVCA and OVTD for “time and effort you expended toward the betterment of our community  It is people like you who have made our Village what it is today.”  Thanks, Esther

As we celebrate his year of the Village’s 40th  anniversary, let us also look back at the early years of our Oronoque Villager, which was initiated by those early residents at the beginning of 1975.  It was an eight-pager, with an editorial staff of seven, led by Ruth Byrne, twenty-one reporters and seven photographers.

And, its strong message and stated mission was expressed clearly in its lead column:

“Here it is. And it's all yours. With inkstained fingers, bleary eyes and sore feet, the VILLAGER staff brings you this first edition of the newspaper put together with only you in mind. Because without you there wouldn't be a newspaper.

What will be in it? Anything of interest to the Village. Social notes and activities, entertainments, club news, people, what's going on at the Country Club, Calendars of Events, poetry, letters to the editor, the business of the VilIage, and outside affairs that affect us directly ... just for a start. Any suggestions?

What won't be in it? Kissinger's travels, minor gripes, stock market reports, a gossip column or who won the World Series.

Right now we only hope that every name and every item you expected to see was included, correctly. We welcome any news, black-and- white photos or features you send us; we'll use them as space permits.

This is a modest and tentative beginning.  We'll be a monthly until we begin to burst at the seams with news and have the staff to cover it. Likely, as our Village grows, so will we. At least that is our aim.

But even a modest venture into journalism must be dedicated to a purpose. Our purpose is to reflect the unique character of Oronoque, a concept of living which began with the vision of one man. From his architect's drawing board has come a community of unusual beauty and convenience. We're not just another Condominium.

And our purpose is to reflect the quality of this experience of living at Oronoque, as we come to know each other and to reach out to our neighbors and to Stratford, becoming part of the larger community.

This is a large task for a small paper. But as another New Englander said in his 'Walden'; "In the long run, men hit only what they aim at. Therefore, though they should fail immediately, they had better aim at something high."